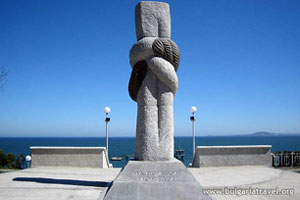 Monument near the Sea Garden

Burgas is an important industrial centre and transport hub as well as a tourist destination and a starting point for the south coast travelers. Burgas is a dynamic city with uncrowded beach, seaside park and many museums.

The best time to visit Burgas is during the summer, when the city centre is alive with crowds of walking people on their way towards the Maritime Park. There are plenty of bars, clubs and theatres as well as museums and public galleries. Burgas with its four lakes just outside the city is а preferred location for many nature lovers, too.

General affiliates and accommodation in Burgas 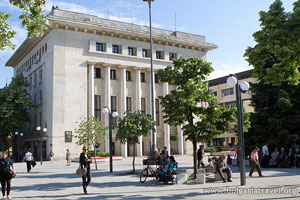 The centre of Burgas

Bourgas is a beautiful city in the south-eastern Bulgaria (264 km from Plovdiv, 390 km from Sofia and 90 km from Varna. It’s surrounded by three lakes that are considered reservations.

The city has the biggest in Bulgaria port and an airport with an all-year schedule. More than the resort itself, Bourgas represents a gate to many summer resorts north from the city – Byala, Sunny Beach, Sozopol, Obzor, etc. The rivalry between the south Bulgarian resorts is harsh, but Bourgas never fell out. The city offers a modern look, many hotels to spend the night in, a beautiful seaside park, a wide beach and lots of restaurants.

What’s worth seeing in Burgas? 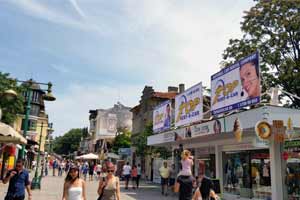 After taking care of you accommodation, a trip in the seaside park is a must. The main streets that lead to the park are called Aleksandrovska e Bogorodi. In the seaside park there’s an old marine casino that used to be a place for meetings and of great interest.

Right now, however, it’s going under some renovations, and there’s no affiliates as of when will it be open for visitors. The park is going all the way along the beach, so a rest can be made in one of the many pubs at the sea lane. The beach starts from the industrial south zone and goes all the day to the salt mines in the north. A notable place is the Old Bridge from where tourists can admire the sea and the view behind them – the beach, the park and the other visitors. 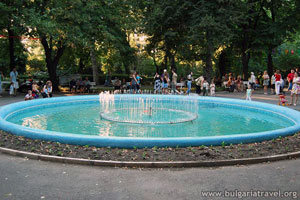 Those interested in sports will be pleased to read that Bourgas can offer them a wide range of activities. In the north part of the seaside park, there’s a horse-riding club, few tennis courts and a spot for paragliding. There is hold the annual Sand Figures Festival. In the central part of the beach, there’s a wind-surf school where an instructor or just equipment can be hired.

Of great interest are the remnants from ancient settlements near Bourgas. Some of them are Nessebar (Messembria) where visitors can admire the oldest churches in Bulgaria, Sozopol (Apolonia), Pomorie (Anhialo), Begliktash (an old Thracian Sanctuary near Primorsko), and the fortress Rusokastro. 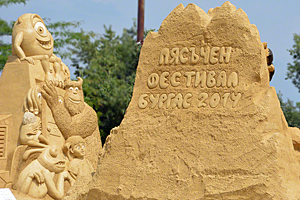 Hotels, restaurants and shopping in Burgas

According to Trip Advisor the best hotels in Burgas are:

The most desired restaurants according to Trip Advisor:

Burgas is a city that combines unique architectural and historical sites, beautiful scenery with all the urban amenities - hotels, restaurants, shops, beauty studios and cinema to make your stay there unforgettable.